Today is another day of me trying not to do any grocery shopping besides produce. I must say, it is actually getting easier. My cravings are actually getting less. Don’t get me wrong, they’re definitely still there, but at least they’re not screaming anymore.

Today there was a vegan event in my town that was organised by the place that was sort of a social workplace for me a couple of years back. Besides that, I really expected a bunch of friends to be there. And considering it was only a 10 minute bike ride away I didn’t really have an excuse not to go. So I set the cash I had left over from friday as my budget and I went.

Before that I had a big smoothie for breakfast though. You can’t go to a vegan event while broke on an empty stomach. So I made the same smoothie as yesterday. 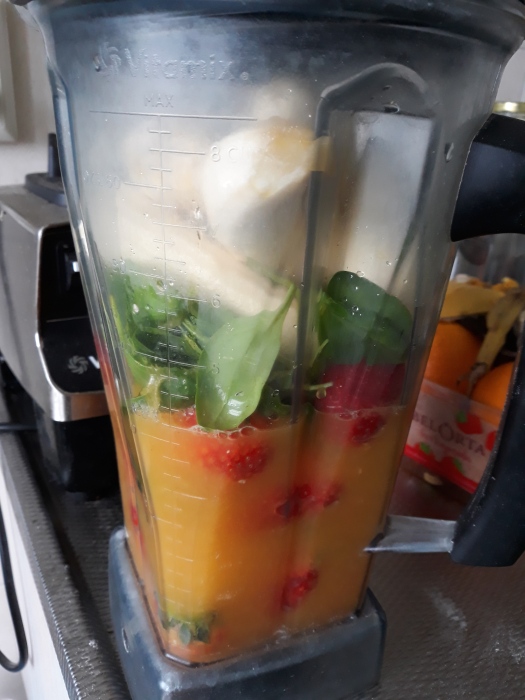 Then I went out to the event. Honestly it was surprisingly easy to not spend too much. The first thing I got was cake from Heavenly Cupcakes. I can’t go to one of these events without visiting her honestly. The owner is very sweet and the stuff she sells is amazing to satiate a sweet tooth. I saved it for home though, so we could share it, so I’ll show that later. Then I did a round which was impossible to do without bumping into people, but that was mostly what I came for right. Then I got these springrolls, but I expected egg rolls, and I’m not exactly a fan of rice paper or cilantro, so that was kind of a disappointment. 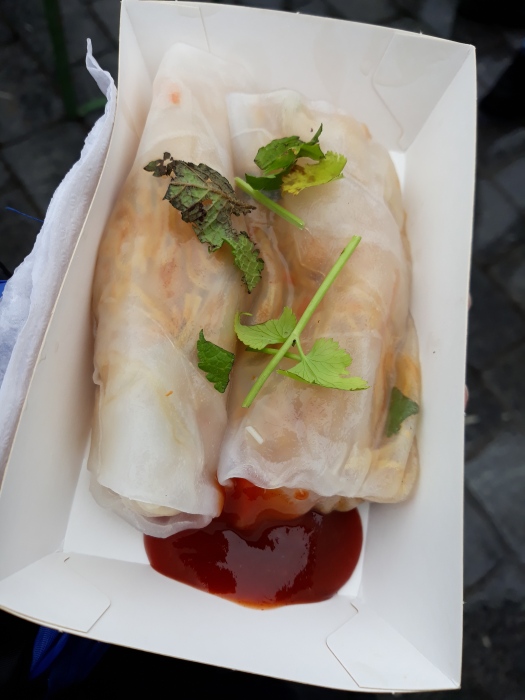 At the end of the afternoon I went to a cat cafe for the first time! Two friends took me there for a cup of tea, which was awesome. The cats were so calm! 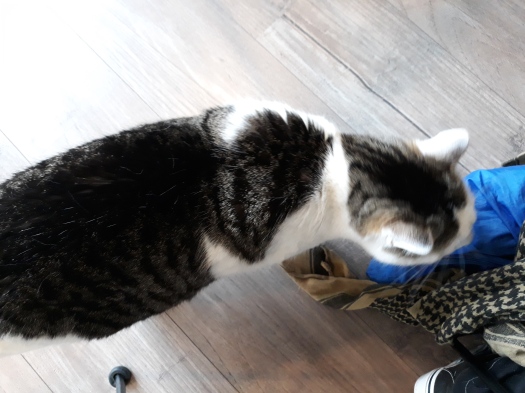 When I got home we shared the cake, which was so called boterkoek (which roughly translates to butter cake/cookie, although this one was of course vegan) and mocha cake. Yum! 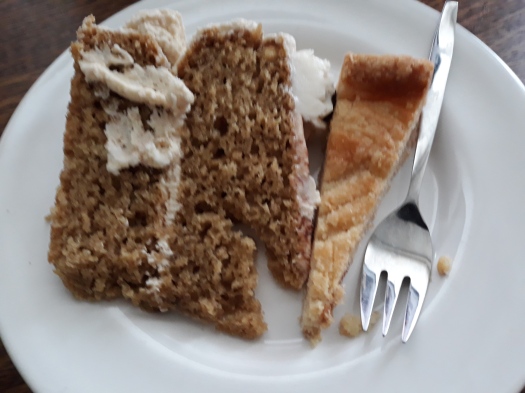 I got home a bit late so I had to rush to make my girlfriend something to eat before they had to go to work, so I got a flatbread out of the freezer and I threw some veggies and an egg together, but their stomach ended up being too upset from anxiety to eat it, so I ended up eating it myself. Minus most of the mushrooms that is, because although I kind of like the taste, I really don’t like the texture. 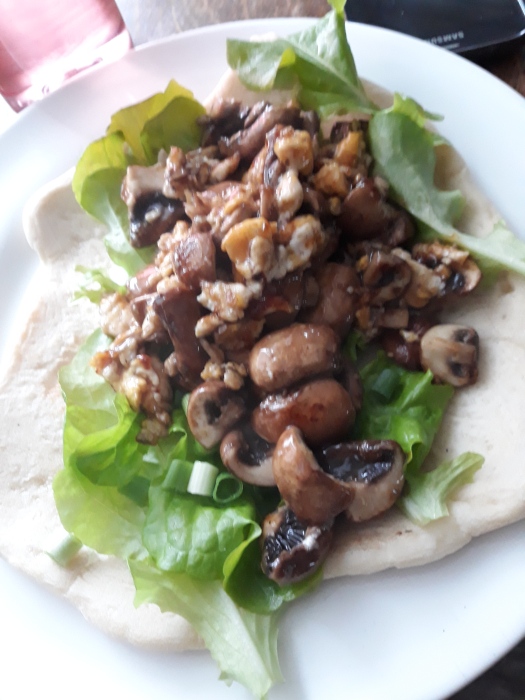 Then after I didn’t really feel like cooking for myself anymore, so I threw together some devilled eggs. Honestly they were pretty disappointing considering how much I used to love them as a kid. Oh well, that’s probably for the best. 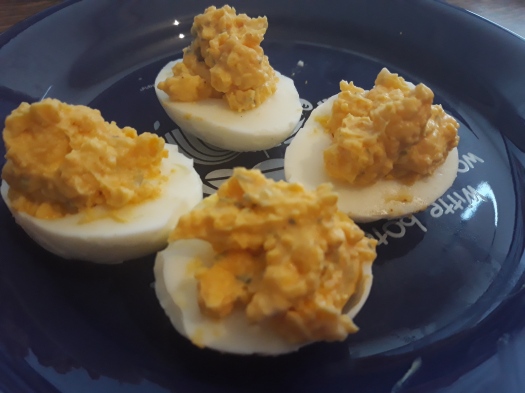 For dessert I got some pastry out of the freezer. I have no idea what these are called in English, or if they even have a name in English, But in Dutch they’re called soesjes and they’re basically cream filled choux pastry. 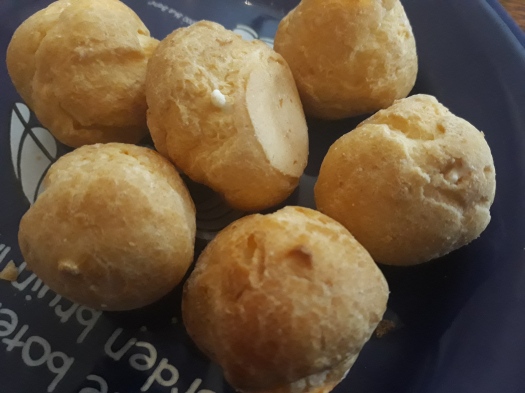 Oh, almost forgot to mention. I also got us each one of these bars, which I ate one piece of, but I want to savour it. Honestly these are the best chocolate ever. They’re essentially nutella in a bar, but better, because there’s an actual good amount of hazelnuts in them. 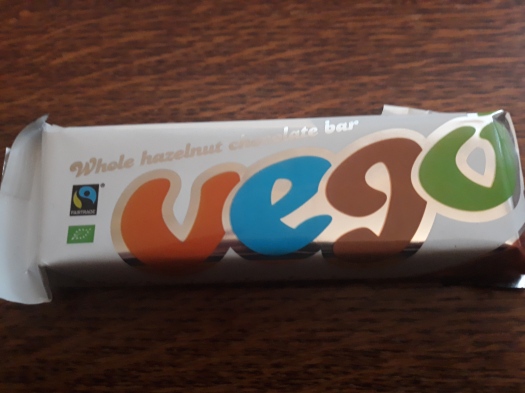 So that was it for today. Tomorrow will be just an average day, so stay tuned if you want to know what I’ll eat then. Bye!